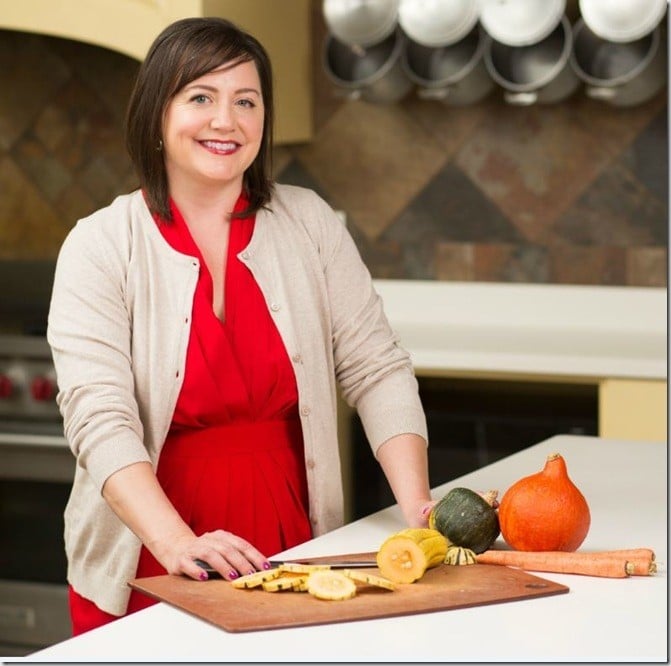 Growing up in Chicagoland in the 70s and 80s, I don’t remember eating much ethnic food.  We were a meat and potatoes kind of family.  And is with most families with three children with three different tastes, my mom settled on a good dozen meals that got rotated based on what everyone liked.  One of my favorite memories growing up was steak and baked potato night, where my Dad would make everyone’s baked potatoes – adding copious amounts of butter, fluffing it up and adding just the right amount of salt and pepper, all while his dinner continued to get colder and colder.

We grew up in a townhouse courtyard, and in the summer if you left your kitchen door open, you could hear all the neighbors down the row if they had their back doors open too.  Not overly noisy, but with the townhouses being so close together, that’s just the way it was.

I happened to be walking down the back sidewalk past our neighbor’s house, and the smell coming from that kitchen was amazing.  I had never smelled anything like it.  I was probably about ten years old, and I remember walking up the back steps of this particular neighbor’s house and just peered inside to see what was going on.

My neighbor asked if I wanted to come in.  Yes please!  It was then that I saw her making corn tortillas from scratch, filling them with a beef and potato mixture, and then frying them in oil.  She would drain the tacos over the oil for a minute, before placing the tacos to drain on a paper towel covered paper plate.

She asked if I wanted to try one.  My mouth literally started to water in anticipation, and the taste of that fresh crunchy corn tortilla, with the spicy beef and potato mixture, grease running down my arm – it was a life changing moment in my food world up until that point.  It must have made an impression, because now 40 years later, I can still remember that day like it was yesterday.

I remember waiting for my mom to come home from work so she could go across the courtyard and get the recipe from Mrs. Fedor – like right now!  And as luck would have it, once my Mom made tacos like our neighbor, everyone in my family loved taco night, and it made the menu at least once a week.  I won’t even get started on the fact that my twin sister still puts ketchup on her tacos, but to each his own!  But that’s where our Mexican food experiment ended at beef tacos.

Fast forward to today, and I love that buying dried guajillo peppers, Tajin seasoning and a dozen different kinds of corn and flour tortillas are readily available.  Not only am I a weekly meal planner, but I hate waste.  I typically buy a rotisserie chicken over the weekend and slice the meat up to use for sandwiches during the week, make chicken enchiladas one night, chicken noodle soup the next – so many different meals!

As I was meal planning this week I saw I had guajillo peppers in my pantry along with a can of crushed tomatoes.  I had eight ounces of rotisserie chicken left and half a can of hominy in the fridge.  Suddenly Sopa Azteca popped into my head to make!

I am not sure how traditional this is, but like most soups, they are inspired by other recipes – much like most grandmother’s chicken soup recipes are similar but not exactly the same.  I love the rich flavor of the guajillo peppers in the broth, and this is a soup I like to call “Company Soup.”  Meaning, it’s not too spicy, makes enough for a crowd, and you can add as many toppings as you can think of:  fried tortilla strips, cilantro, Chihuahua cheese, sliced jalapeno – the sky’s the limit! 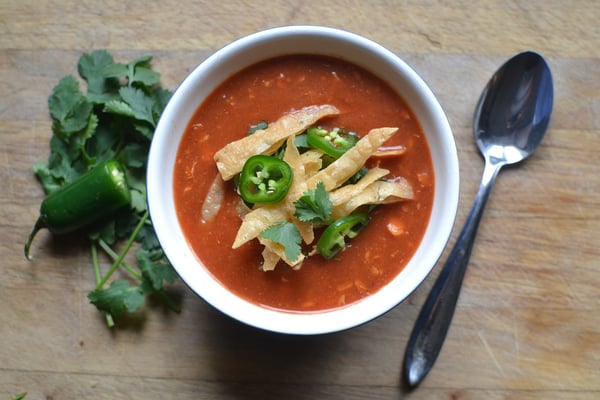 In a large stock pot, add the oil and onion and garlic, and cook over medium heat for about five minutes – careful to watch the garlic doesn’t burn.  In a microwave safe dish, put the water and guajillo pepper in the microwave and cook for 3 minutes.  Remove the pepper with tongs.  Cut off the top and remove the seeds.  Add the pepper and the water to a blender and blend until smooth.  Set aside.

To the onion/garlic mixture, add the cumin, paprika, salt and pepper and cook for one minute.  Add in the crushed tomatoes, the water, chicken broth base, hominy and the pureed guajillo pepper and mix together and reduce the heat to medium low and cook for 15 minutes.  In the last five minutes, add in the cooked chicken and the Tajin seasoning. 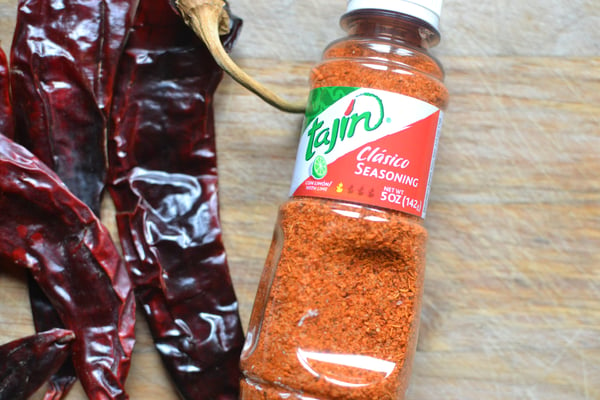 Each two cup serving of this soup comes in at only 100 calories (or 2 Weight Watcher smart points), so you can really go crazy with the toppings. 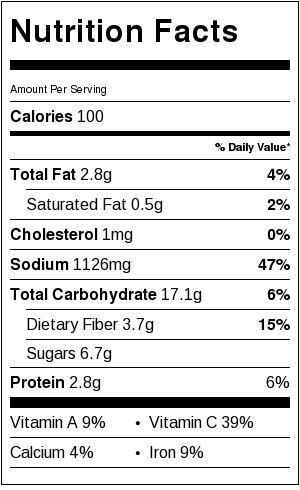 If you love Mexican flavors, check out our Chef Rachel O'Brien’s Modern Mexican night, where she’ll be sharing her vision of modern Mexican cuisine.  “Rachel will take the respected and traditional elements of this timeless cuisine and twist them with her culinary curiosity and imagination to reinterpret Mexican cuisine in a contemporary, yet authentic way.”

Her Chef Dinner will be held at The Chopping Block at the Merchandise Mart on Tuesday, March 28 from 6pm-9pm – be sure to sign up early because this class will fill up quickly.

I’d love to hear about your first food memory!  Let me know in the comments below.