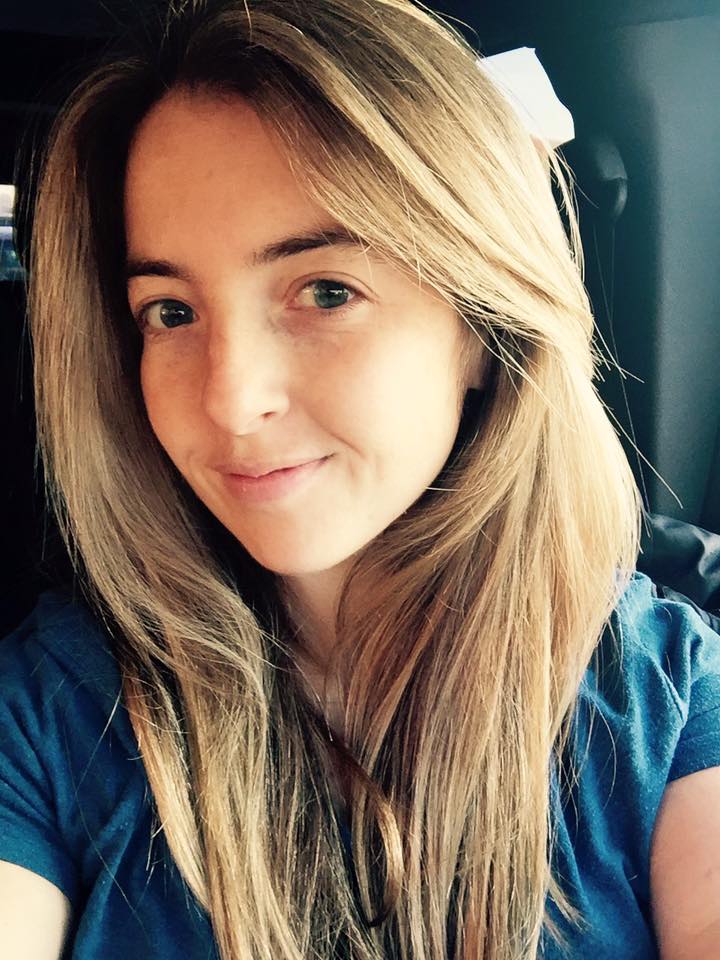 I love to travel because I find exploring local food to be one of the best ways to experience other cultures. My friends and family have learned to accept that I’ll ask cab drivers to pull over at local fruit stands, stop random people on the street where the best food is, insist that at least one meal comes from a local food truck or cart, and that I’ve put in hours of food research before even departing for the trip. Luckily, at this point I think they’d agree we’ve had some of the best meals while we travel!  On my most recent adventure, I had the opportunity to learn about foods indigenous to some of the Southern Caribbean islands.

The first stop was St. Maarten. The beach was calling my name, so we found a little bar on the beach and grabbed some drinks. I had never had Desperado – it’s a refreshing mixture of beer and tequila in a bottle. As we sat on the beach, a local walked by with a cooler containing the best meal on the trip, and one of the best meals I’ve ever had –curried goat with rice and peas. He had cooked it himself and it was incredible. The conch fritters that I insisted we get, even at the risk of missing the ship, were well worth it too! 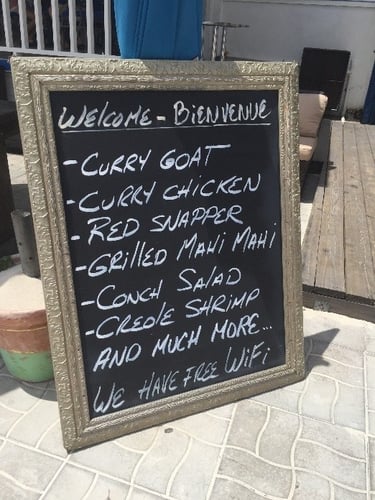 In St. Kitts, I was fascinated by the beauty of the point where the Atlantic Ocean meets the Caribbean Sea, and just beyond that point lies a beach hut serving roti – an Indian influenced dish which is like a flatbread stuffed with in this instance, chicken. I thought it needed a kick so I asked for some hot sauce. It was one of the best I’d ever had - scotch bonnet based with an inherently addictive quality. It was then that I realized, I could stop collecting shot glasses and postcards and start collecting hot sauce. The meal ended with banana bread bread pudding, one of the best desserts of the trip! 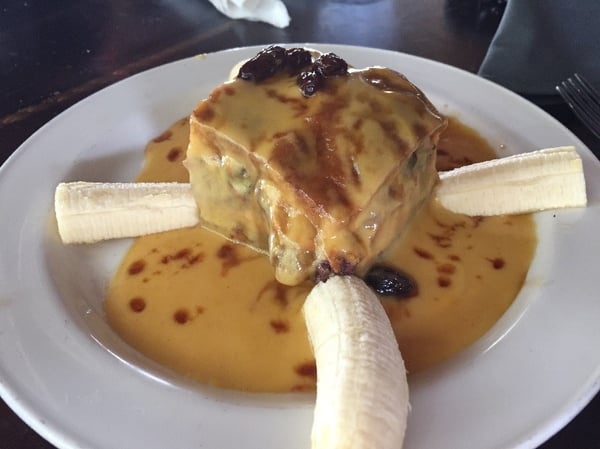 In Antigua, our tour guide made the mistake of telling me that they’re known for having the sweetest pineapple. Of course I asked him to stop at the next fruit stand. Admittedly, it was one of the best (and most expensive at $8?!) I’ve ever had. Interestingly, the core is so soft, that you can actually eat the whole thing. Paradise Café had some amazing curried chicken, but the sautéed cabbage really stole the show. The homemade hot sauce was among my favorites, but unfortunately I couldn’t take that one home, so I settled for Susie’s made with scorpion peppers.

St. Lucia was the lushest of the islands we visited, complete with rainforests, volcanoes, and the impressive Piton mountains. I learned more than I ever knew about bananas and cashews while in St. Lucia. Did you know that St. Lucian bananas are shipped to Europe, but not the US? And that each plant takes a year to mature? I also gained a greater appreciation for why cashews are so expensive. Did you know that each “fruit” bears one nut? The seed has a shell with a toxin that must be roasted out outside in order to make them safe. I indulged in some incredible coconut pastries on the tour bus, and was so distracted I forgot to get hot sauce. 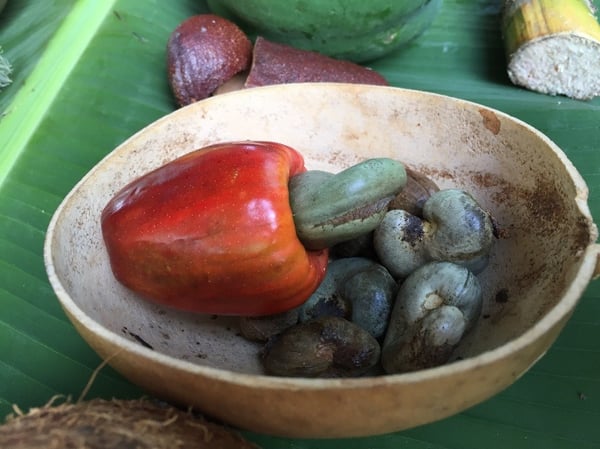 Barbados was my favorite stop on the trip, mostly because of the turtles, but the curried goat, lamb, and beef patties (savory meat pies) certainly didn’t hurt. Interestingly, the hot sauce in Barbados is mustard based.

Lastly, was Puerto Rico. We indulged in some early morning empanadas and bistec encebollado (beef with onions).  Seeing as it’s never to early for hot sauce, I was served Mi Madre. Unlike the others on the islands, Mi Madre is vinegar with whole pieces of habanero peppers and whole garlic cloves floating inside. It’s unique, pretty and a delicious condiment. 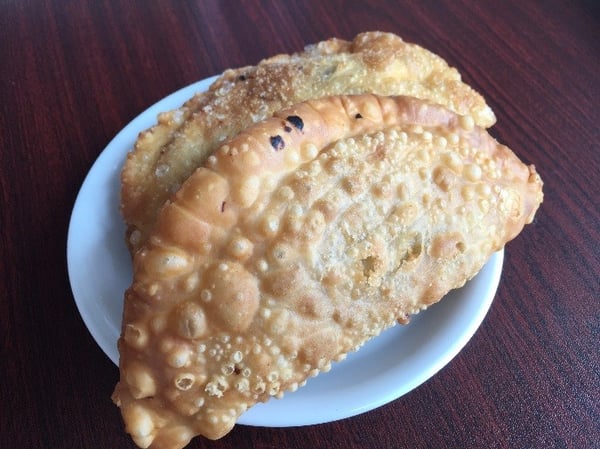 Just this week, I finally felt confident that this Chicago weather would stay warm enough to garden, and in an effort to continue to remind myself of the amazing culinary adventure I had, I began growing my own variety of hot peppers with the hopes of making my own hot sauce in August. Now that I’ve got you in the mood for some island food, skip the trip, and join us for The Chopping Block at the Mart's upcoming cooking classes Jamaica Me Crazy on June 17th or June 25th and Couples Cooking: A Night in Havana on June 11th or June 24th. Also be sure to check out our retail stores and our new Bollito’s Tuscan Red pepper sauce, a great Tuscan condiment that adds flavor to any dish!