Take a Gamble on Shishito Peppers

Apparently I’m obsessed with Shishito peppers. I say “apparently” because the amount of times I order them while dining out seems perfectly normal to me, but my friends think it’s excessive. So what if I get them every. single. time they are on the menu? For a girl who typically shies away from repetitiveness (aka commitment), I see this as a good sign. Personally, I wouldn’t want to be in such a monogamous relationship with anything else (ok, if you’ve read my previous blogs you know that I may already be in a serious relationship with bubbly) but I just see these little guys as the best thing on menus right now. 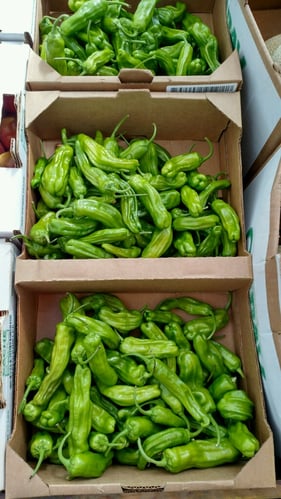 Why do I love them? Let me count the ways: 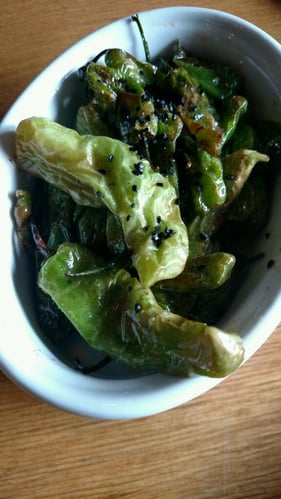 By this point, you are probably asking, “Where can I get some of these amazingly tasty and versatile things?” As mentioned, I highly recommend you try them off of any menu (I’ve recently had them at The Dawson and Ada St.) but you can also get them at your local farmers market. The Chopping Block actually offers a class that will walk you through the Lincoln Square farmers market and then prepare your findings. Perhaps you can request that your chef purchases Shishito peppers to satisfy your curiosity? Our next Farmers Market Tour and Cooking Class is being offered on August 25th. Until then, go ahead, drive your friends crazy and start ordering them everywhere – you’ll thank me for it (even if you do get a spicy one)!